In mid-July the iXsystems FreeNAS Minis that will power the Nzega Digital Library traveled to this small corner of Europe for assembly, testing and loading of digital material.

The initial set-up of the Minis was fairly straightforward. The disks that came with the machines were inserted, locked into place and the devices powered on. We were greeted by the FreeNAS boot menu which provided information on how to connect to the devices over a local area network. After logging in via a web browser, we were greeted with a graphical interface that allowed us to set up the storage units according to the needs of the project. One of the Minis will serve as a full mirror of the other, enabling the content to be restored should problems occur post deployment. 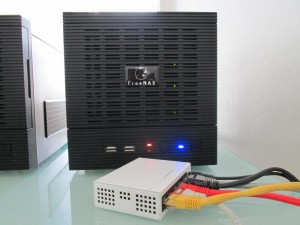 Now the task of organizing the content begins as well as setting up a pilot network in order to test the delivery of the content to connected workstations. Quite a bit of sorting and database building still needs to be done. The intention is that the system be easy to use and either very low or no maintenance. All material on the file server will be completely searchable from each of the attached workstations. Below are a few shots of the system as a user would see it from an attached workstation, and a demonstration of some of the content currently available. 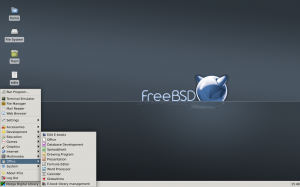 A very responsive, low resource desktop environment is made possible using Xfce on FreeBSD. A number of essential office applications have also been installed. 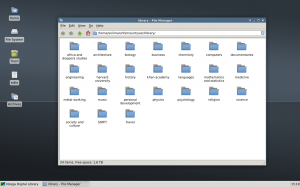 The available categories of material currently on the file server. We hope to add more educational content suitable for children in the coming weeks, after the initial sorting is complete. 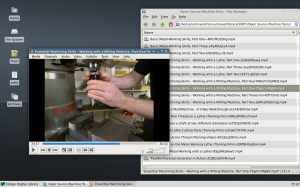 There are quite a number of tutorials and educational suites that have been added. This one concerns machining. Valuable information for one seeking to learn how to use such equipment. 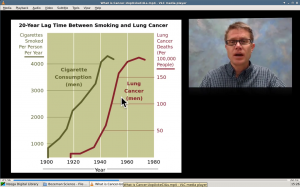 A good portion of the content is dedicated to health education. Much of it is in the form of video lectures but also digital books. The video lectures are very attractive, with animations, graphics and enthusiastic lecturers who make the content interesting and enjoyable. 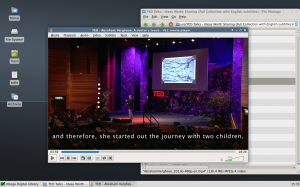 A large collection of inspiring and motivational TED Talks have also been included. 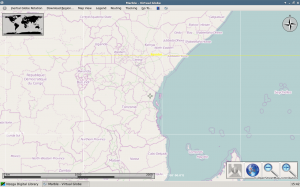 A number of useful educational software packages will be installed on each of the workstations. Marble for example, is an open source virtual globe with a number of useful plug-ins for various purposes. 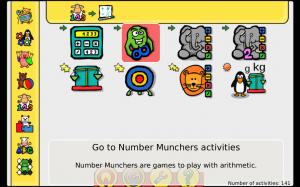 An educational games suite has also been installed aimed at younger children. These focus on building literacy skills, arithmetic and games that develop reasoning and memory. This one is from the KDE suite of applications and is named GCompris. 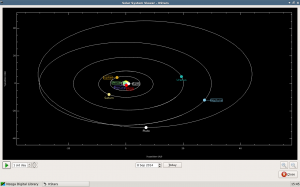 A tool to learn about the solar system has been added. This one is called KStars from the KDE Education Project suite of applications. 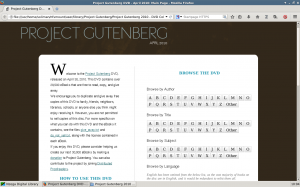 A large collection of freely distributable digital books from the well known Project Gutenberg have been added to the collection. The books are already well organized within a browser viewable database and many books are available in different languages. 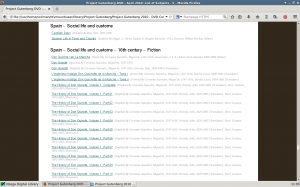 A small sample of the books available within the Project Gutenberg collection. 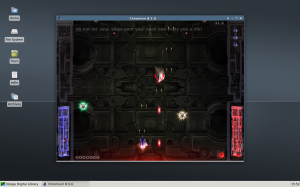 And…of course a game or two! This one is called Chromium B.S.U.

There are a multitude of potential applications for which such a system could be put to good use. Entire community schools could be built around a well-implemented digital library.

We would like to thank iXsystems for their outstanding generosity in supporting this project with the FreeNAS Minis. We would also like to thank PC Engines for supplying some of the needed networking equipment.

In order for this effort to be a success come November, there are still a few material needs for the project. For example, we still need 2-3 used Thinkpad X200 series laptops to serve as workstations. We also need a UPS backup and a gigabit router. If you are interested in supporting the project in anyway (with used equipment for example), please contact us at ipc@peercorpstrust.org