In early August PeerCorps-CIPCS Director Mike Wilson was invited as an official observer in the Safe Community site visit for the city of Izomiotsu, Japan. The city of Izomiotsu is located in the southern part of Osaka and has a population of roughly 76,000 inhabitants. A number of safety and injury prevention initiatives are headed by the various city task forces under the direction of the mayor’s office. Wilson’s presence included a presentation to local government officials about the the organization’s long term plans for establishing a safe community in Tanzania.

The Safe Communities concept was originally launched as an official World Health Organization (WHO) initiative in the 1980’s. The term Safe Community implies that a community works for increased safety via a structured approach. Creative methods of education, physical planning and environmental modification are combined with appropriate regulations and enforcement to create a Safe Community. Currently the international movement is headed by the International Safe Community Certifying Centre. 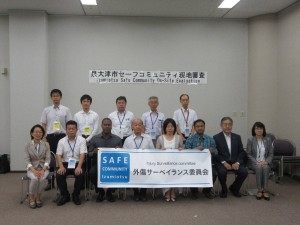 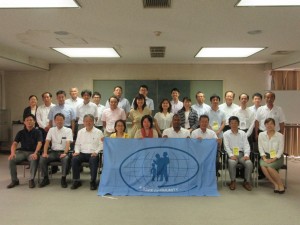