The PeerCorps Trust Fund led a recent study published in the journal Social Sciences which examined the determinants of bullying victimization among teens in low- and middle-income countries (LMIC). Bullying affects young people worldwide as a form of interpersonal violence, but is rarely studied in LMIC settings. The authors analyzed data from the Global School-based Health Survey (GSHS) from 2006-2008. The list of countries included: Argentina, Ecuador, Egypt, Ghana, Jordan, Macedonia, Morocco, Philippines, St. Lucia, Tanzania, Thailand, Trinidad, Tunisia, Uruguay and Yemen. Of particular interest was the prevalence of physical bullying in Tanzania. Based on a weighted sample of 319 students in Dar es Salaam, 25.6% said they had been “hit, kicked, pushed, shoved, or locked indoors” during one month prior to being surveyed.

The researchers also analyzed the data based on age, gender, truancy, and hunger at the individual level. Each variable alone was not found to be a significant predictor of bullying, but added together had an impact on the individual’s overall well-being. Ultimately there existed wide variation in outcomes between these 15 countries, but the authors came to the conclusion that classroom settings may be the most appropriate sites for intervention as so much variation existed between them. Each country can be studied individually to assess what measures teachers should take in making their classrooms ideal for a healthy school environment.

The study is freely available for download: Determinants for Bullying Victimization among 11–16-Year-Olds in 15 Low- and Middle-Income Countries: A Multi-Level Study 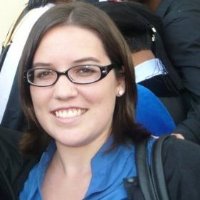 Bullying doesn’t just stop at interpersonal violence, however. The advent of the internet and social media has changed our lives forever. Yet, with this great advancement comes the irrefutable prevalence of cyberbullying — harassment that follows you wherever you go and is often anonymous.

Cyberbullying is linked to mental health issues like depression and has even been seen to double the likelihood of its victims considering suicide.