Earlier in June something extraordinary happened. The PeerCorps Trust Fund assisted in the facilitation of a virtual meeting between teen girls in Baton Rouge, Louisiana (USA) and Kisumu, Kenya. The US-based students came from various high schools in the greater Baton Rouge area. The Kenya-based students were from the Kondele Primary School.

The aim of the meeting was cultural enrichment, but it also delved deeper into questions such as “What is life like for a girl child in Kenya?” and “What could be similar or different between girls’ lives in Louisiana and Kenya?”.

Facilitation in Kisumu occurred during the course of two days, ending on the final day with a dinner and a live international video conference between the two groups. The video conference lasted approximately one hour and was followed by additional questions and answers about life in the United States compared to Kenya. Longer term aims include connecting the two groups so that they may continue their communication via social media.

The organizers of the event included: Camp U.N.I.T.E.D., an initiative based in Baton Rouge, Louisiana which strives to teach girls how to create their own paths to empowerment; ADOFAM, an adolescent and family friendly counseling center located in Baton Rouge, Louisiana; Maendeleo-Sweden, a Sweden-based NGO focusing on the empowerment of African youth; the Kisumu Youth Olympic Centre, an NGO based in Kisumu working to empower youth in the areas of peace, human rights and economic development; and the PeerCorps Trust Fund, a non-governmental organization based in Tanzania focusing on education, public health and rural development. 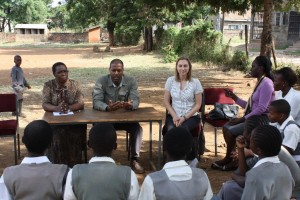 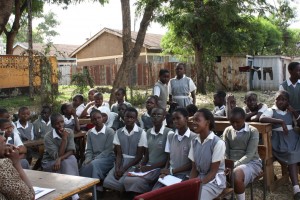 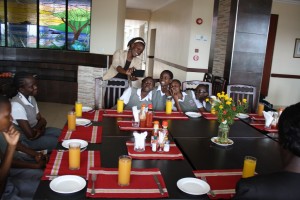 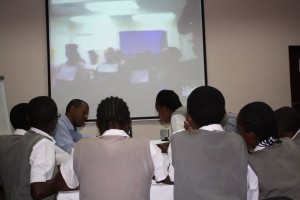 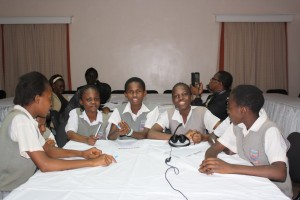