A recent PeerCorps-led study sheds light on suicidal behavior among school-aged youth in the Republic of Benin.

Benin is a predominantly French-speaking West African country with a population of approximately 10 million inhabitants. As is the case in most African countries, studies which have attempted to shed light on the mental health of young people are exceedingly rare. The present study sought to examine the role that behavioral, family and environmental factors play in suicidal behaviors among youth.

Suicidal behavior is usually classified in terms of ideation (thoughts about suicide), planning (creating a plan to carry out a suicide attempt), and attempt (taking the step of carrying out a suicidal act). Suicide and issues surrounding poor mental health, are still very taboo subjects in many African countries.

The recent PeerCorps-led study published in PLoS ONE, was carried out using data from the Global School-Based Health Survey (GSHS). GSHS represents a partnership between the World Health Organization, the U.S. Centers for Disease Control and various country ministries. The GSHS collects information about school-youth behavior in more than 40 countries, most of which are classified as either low- or middle-income.

The results of the authors’ analyses on a country-wide representative sample of school youth revealed that an alarming 28% of the surveyed youth had self-reported a suicide attempt during the one year preceding the survey. Anxiety, loneliness, being bullied, alcohol misuse, illicit drug use, and lack of parental support were independently related with suicidal behaviors.

The prevalence of suicide attempts reported in the survey was high, particularly when compared with international data. It is possible that there are cultural factors/barriers that could explain this finding and few scientific studies using self-reported data are without some degree of bias. Many additional factors, uncaptured in this survey, are also possibly related with suicidal behavior. Illicit drug use and violence in particular, were associated with a high rate of suicide attempts among Benin youth. One of the study’s limitations was its inability to capture the experiences of youth who did not attend school. Other research points toward the situation of out-of-school youth being even more perilous.

Self-inflicted violence represents an increasingly common phenomenon in regions of the world that have been severely impacted by poverty, conflict and displacement. The uprooting of traditional family structures by epidemics or conflict over natural resources, is also increasingly more visible. This has the effect of exposing vulnerable youth to abuse, exploitation and abandonment.

More efforts are needed by the global community in recognizing the importance of child and adolescent mental health. Enormous resources are spent by the international community in aiding poverty affected children to reach the age of five years. The dilemma is that these contributions are later lost when the support systems for these children to grow into healthy adolescents and adults are systematically removed.

The safety and well-being of young people is one of the key themes in the upcoming First East African Regional Safe Communities Conference. It aims to gather a number of regional and international experts in the area of violence and injury prevention in one of the largest gatherings of safety practitioners on the continent.

This summary and commentary was provided by: 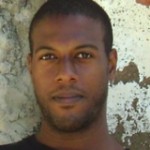